Besides the pop art screen prints, celebrity Polaroids and bizarre art house films, Andy Warhol designed over 60 album covers for a range of musicians in his time. I love nothing more than music meeting art and Warhol’s covers are a nifty discovery.

I’ve selected a few of my favourites of his early covers for you to enjoy.


Iconic covers by Warhol such as The Rolling Stone’s Sticky Fingers and The Velvet Underground and Nico may already be well known but Warhol actually began creating cover art for LP’s in his early design years producing his first cover when he was a mere 21 years of age. 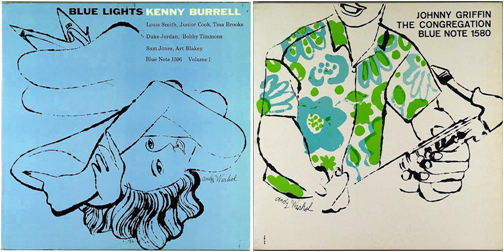 Working freelance, Warhol produced covers for many prime record labels of the time such as RCA, Prestige and Blue Note.  From bebop jazz to Tchaikovsky, Warhol applied his signature ink-blot style to a spectrum of musical genres. 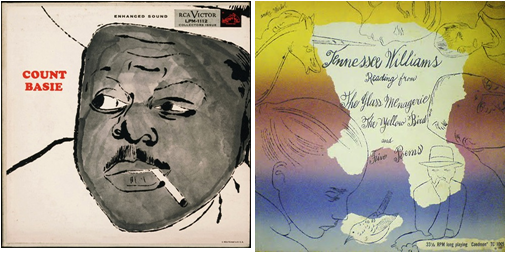 You've got to love that portrait of Basie! Side eye and smoking cool. 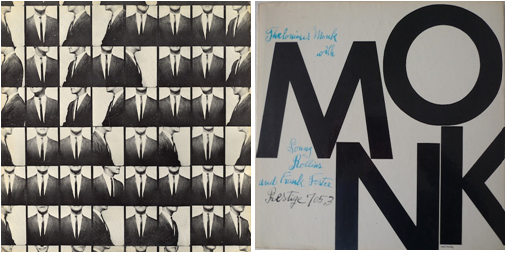 I love the smooth profile of that sharp suit on 'This is John Wallowitch. Very Classy! For 'Monk', Warhol collaborated with a very special person, using his own mother's cursive handwriting for the cover. Julia Warhola actually did calligraphy on a number of Warhol pieces, even winning an award from the American Institute of Graphic art in 1958 for her lettering on 'The Story of Moondog' album cover.