As Allison from Cry-Baby said "I'm so tired of being good", so let's get bad with these 5 juvenile delinquent films of 50's. From James Dean to Mamie Van Doren, motorbike gangs to reform school, this is a genre I adore! 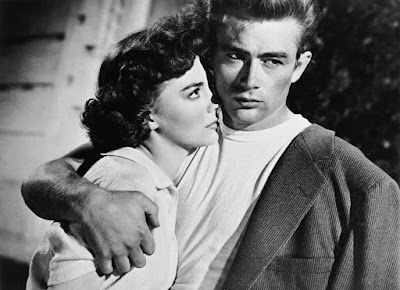 The epitome of classic 50’s delinquent film, ‘Rebel Without A Cause’ is full of angst, teenage love, generational conflict and James Dean. Starting in a police station, new kid in town Jim Stark is picked up for public drunkenness. While at the station he meets fellow troubled teenagers, Judy played by Natalie Woods who was mistaken for being a prostitute and Plato played by Sal Mineo who shot a litter of puppies.  The three exhibit a variety of teenage issues, but Deen leads the pack by getting involved in risky games of Chickie Run, knife fights, breaking and entering and other rebellious behaviour. Unlike the other films I've listed, ‘Rebel Without A Cause’ is a real drama with an unbelievably raw and spectacular performance from Dean. This is one you definitely have to watch! 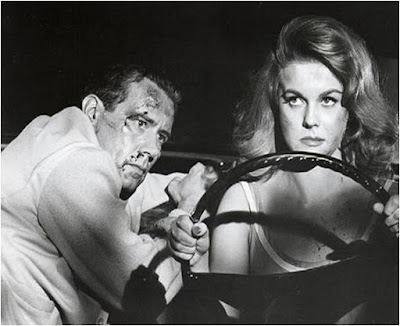 I absolutely love Ann-Margaret and this is a stellar teenage delinquent film. It’s sensational and ridiculous plot makes it a film to love as it’s so absurd. Bad girl Jody played by Ann-Margaret is on the run after breaking out of reform school, stabbing the matron and attempting to burn down the place. In comes John Forsythe as David Straton, an up and coming politician whose wife has recently left him. Jody breaks into his home, holds him captive with a gang of juvenile delinquents, threatens to ruin his political career and forces him to drive them to Mexico. It’s absolutely a ridiculous and bizarre film but I love it!
The Wild One (1953) 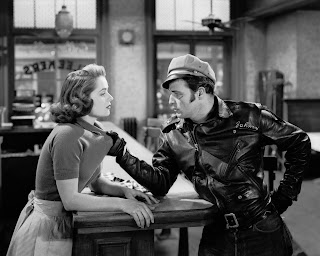 Nothing quite says juvenile delinquent like being in a leather clad motorcycle gang. ‘The Wild One’ follows Marlon Brando as Johnny Strabler, leader of The Black Rebels Motorcycle Club as he fights their rivalry gang, falls in love with the policeman’s daughter and  causes ruckus in a Californian town. As well as being a great film I can pretty sum up the best bit in three words. Young Marlon Brando. Mmmm, what a handsome man! Check out a young Mr Brando in a screen test for Rebel Without A Cause below. He was offered the part but turned it down for unknown reasons. James Dean or Marlon Brando it was no lost for us. Absolutely charming! 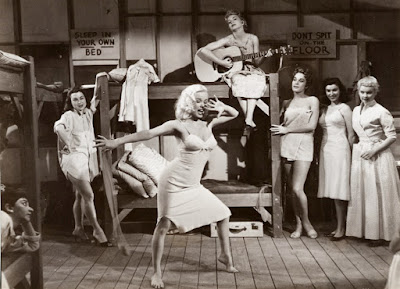 Untamed Youth follows blonde bombshells sister Mamie Van Doren and Lori Nelson as Penny and Jane Lowe, who after scandalous teenage behaviour are arrested and sent to work in the cotton fields for a corrupt farmer. Drama and rock ‘n’ roll are ensued as the two sisters go wild!  Mamie was the first actress to sing rock ‘n’ roll numbers on film and although she’s not the songbird you’d hope for, her gorgeous looks and hip swaying make up for it. Jeanne Carmen and Eddie Cochran also star in the film, with Eddie performing ‘Cotton Picker’ as well as co-writing many of the other songs in the film. If you like this one, you should watch 'Girl Town' which is a very similar Mamie Van Doren and Mel Torme teen film.
High School Hellcats (1958) 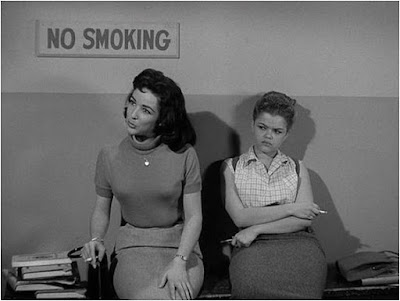 I had to add this one to the list as it’s a classic teen girl gang exploitation film, although to be honest it’s not the best. It sounds really cool and I wish it was better than it was but I remember skipping through half of the film. It follows Yvonne Lime as Joyce, a new girl at school who get’s targeted by the High School Hellcats to join their gang. Ruling the school, disrespecting parents and teachers, drinking, and flirting with boys are all part of the Hellcat lifestyle, however Joyce in unsure of how far she will go to fit in and if her parents will stop her.


Other juvenile delinquent films to check out are  Girl Town, Daddy'O, Blackboard Jungle, So Young So Bad and The Cool & The Crazy.