"Ladies and gentlemen, Welcome to Violence." 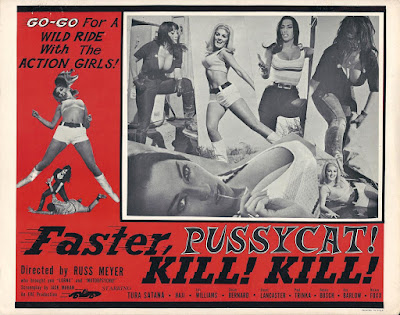 A very fitting opening to one hell of a bad-ass film!

Faster, Pussycat! Kill! Kill! is an epic exploitation film full of speed, sex and  violence. Meet Rosie, Billie and the incredible Tura Santana as Varla, a gang of busty go-go dancers as they drag race through the Californian desert, attempt to steal a family fortune, and fight like animals. 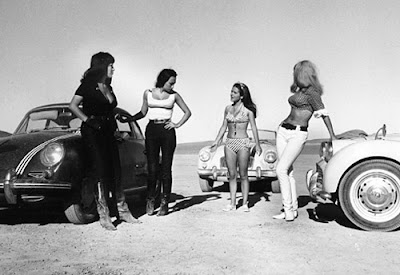 Even if exploitation films aren't your cup of tea, don’t even think for a second that this is some flick full of crass acting and zero plotline. Faster, Pussycat! Kill! Kill! is an absolute gem of a film, even the ‘Pope of Trash’ John Waters himself said that it is "beyond a doubt, the best movie ever made. It is possibly better than any film that will be made in the future."With such high regard it can seem bizarre to see a film of scantily clad, ass-kickin gogo dancers as being high cinema but Russ Meyer drops his signature cartoonish sex-crazed satirical focus for this film (The busty woman are still there!) and instead draws upon vicious action, slick dialogue and a stellar performance from Santana. 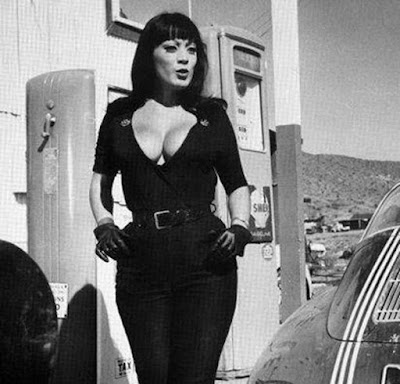 What a vixen of a woman! Santana contributed largely to the film by making her own costume, drawing upon her own expertise in martial arts and knocking out sassy one-liners to create an unforgettable performance. It's also just wonderful to see such active bad-ass women in an exploitation film as so often they just eye-candy, or if they are assertive they are often stereotyped as men-hating witches. 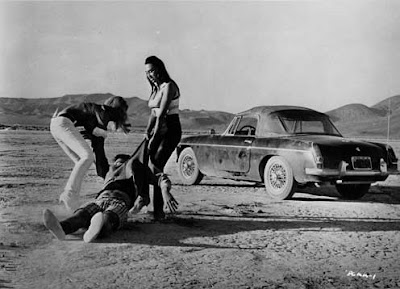 Lori Williams as Billie, has great acidic tension with Varla and together their sharp tongued jabs show that although they are can be seen as men-beating vixens, that doesn't mean they are anything sisterly either.

So catch up pussycat! and check out the trailer here, or catch the whole film over on the Internet Archive. You can find many other Russ Meyer films there as well.