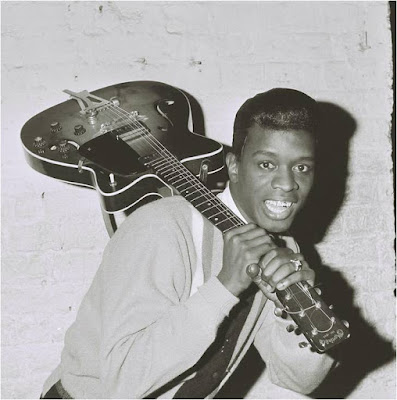 What can I say? This man is the absolute coolest cat to grace this earth. As smooth as his guitar playing, Mr Johnny ‘Guitar’ Watson is one of my absolute favourite artists ever. His early blues tunes knock my socks of and get my hips swinging. Considering he’s known mostly for his gangster lovin’ 70’s funk getup, it’s his early songs that really are his best work. Cause as much as ‘Ain’t That a Bitch’ is a classic smooth funk song it’s not a patch on any of his 50-60’s work. His flair and flamboyance towards the guitar was out of this world for his time, and you can easily see that although he choose his stage name after the film Johnny Guitar, he’s an artist that is unanimously associated with his instrument.

I was first struck by his classic hit ‘Gangster of Love’(1957),and it’s gritty, bad-ass confidence. I'm always a sucker for songs about outlaws and gun-slingers so I had this song on repeat for a couple of months. It can be a bit difficult uncovering his earlier stuff but when you do its gold. 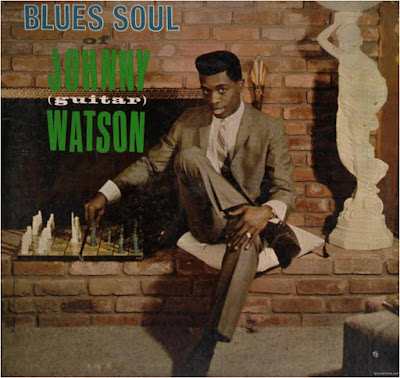 I next got on to ‘The Blue Soul of Johnny Guitar Watson’ ( 1963 Chess Records) which was really different from Gangster of Love,  a lot more jazzy, piano based and crooner sung. ‘When Did You Get To Heaven’ is definitely the stand out track, it’s slow sultry pace is a real knock out and it’s 6 minute length dissolves into a dreamy haze. Watson plays both piano and guitar on the album. 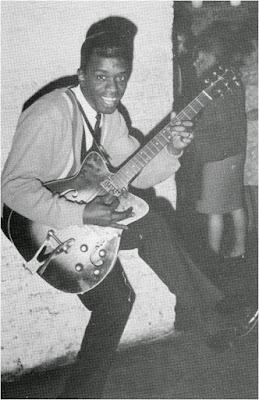 If you need some Johnny ‘Guitar’ Watson in life (I think we all do!) then these are the tunes  for you!I could have probably gone on for days about each song but this are a few of my favourites.

Broke and Lonely
Oh my! The start of this song is so damn good! Great rhythm guitar and horn section.

One More Kiss
This is one hell of a song! Slow grindin’, smooth, sultry and jazzy

Three Hours Past Midnight
Mr Watson knows how to do sultry blues so well and his guitar skill in this song is amazing.
Deana Baby
This is a song I can’t listen to without twisting. It just doesn't seem physical possible to listen and not groove to it. It’s also surprisingly similar to Edie Cochran’s ‘Jeanie, Jeanie, Jeanie’.

She Moves Me
Not to be mistaken by the Muddy Waters song. Watson knows how to move you with this groovy tune.

I Say I Love You
Great rhythm and it’s nice to hear Watson accompanied by some female backup singers.

'Space Guitar’ and ‘The Late Freight Twist’ are also great instrumentals of Watson's to check out.