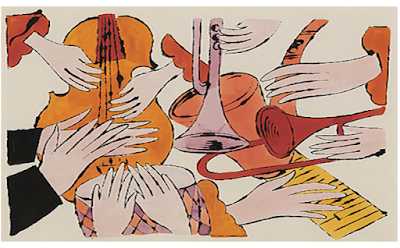 Andy Warhol may be known as being the king of 'Pop Art' with his technicolour celebrity screenprints and hip polaroids, but I'm a big fan of his early illustrative work and ink blotted pieces. In the early days, Warhol worked as a commercial artist for magazine's such as Harper's Bazaar, using his blotted line style to illustrate women's fashions and advertisments. 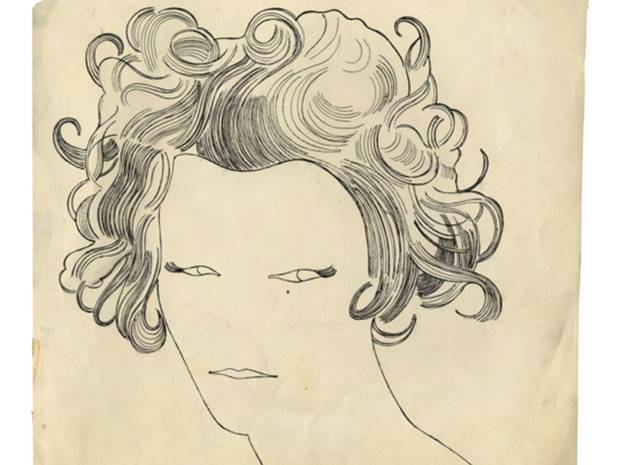 I love his Matisse like use of line in his illustrative work. The contrast of vibrant washes of watercolour with rough black contouring lines also always gives it a playful flair. 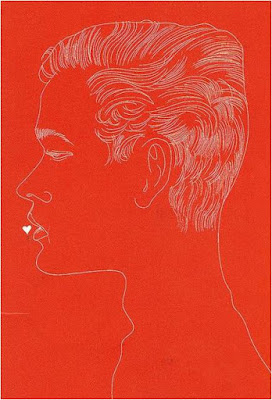 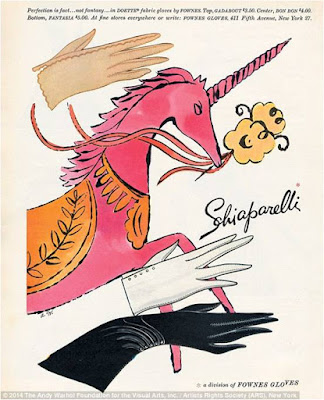 
An advertisement for Schiaparelli gloves is in a style similar to other famed Schiaparelli illustrator Marcel Vertes.

If you dig these as much as I do check out Mr Warhol's little known cook book he created with interior decorator Suzie Frankfurt . 'Wild Raspberries', featured comical and decadent recipes for jellies, cakes and a well dressed stuffed pig. 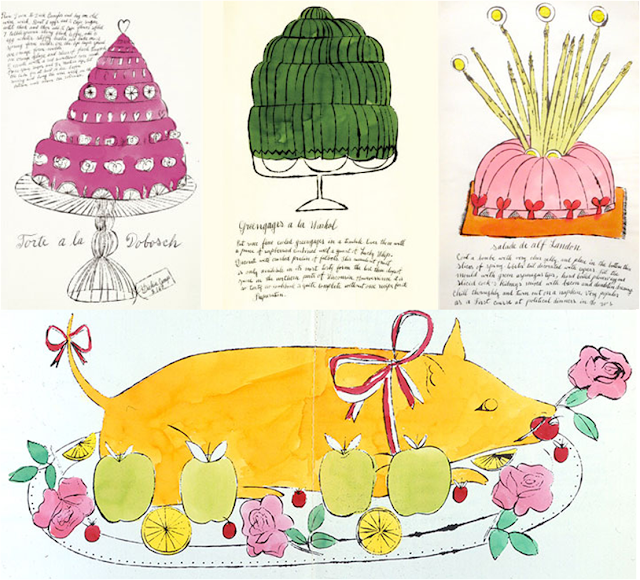 I've got more Warhol coming up later so stay around for some jazzy stuff!