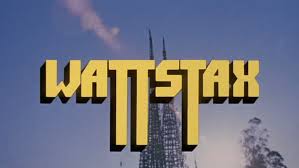 Wattstax, the 1972 concert put together by Stax Records in Watts, California was an event where politics and music collided into one groovy festival. With the top funk and soul acts of the time performing, it was a concert that you will have wished you were at. Luckily for us though, some folks decided to film the event and put together an epic documentary on it a year later.

And what a film it is! A complete audio, visual and cultural feast! 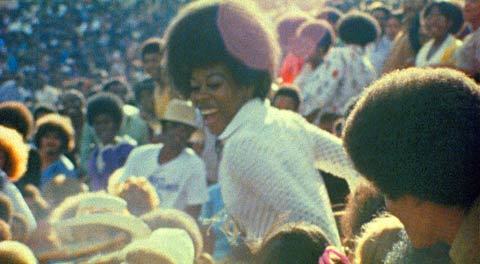 With a line up of incredible performers such as The Staple Singers, Rufus Thomas, Little Milton, Kim Weston, Carla Thomas, Luther Ingram and more, it’s a pleasure to just enjoy the music and watch such talented musicians take to the stage in their prime.

The documentary is filled with great short interviews of people from around Watts, discussing topics of race, love and letting your hair go. Richard Pryor also appears throughout providing sly comic and social observations to the film.

And the fashions! Oh my! There are some groovy getups to be seen. So many amazing matching couples outfits, unbelievably short miniskirts, chain vests, flares, and stylish fros. I don't know what was better, seeing Rufus Thomas in a flamingo pink shorts suit and matching cape or The Bar-Keys in white flares, fringe and fros. 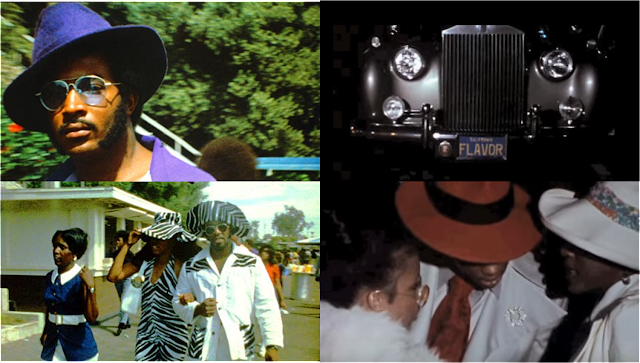 I love it when Johnnie Taylor sings 'Jody's Got Your Girl' at the nightclub and all the men are dressed to the nines in their platforms, long fur coats, fedoras, silks and jewels. They wear brooches that were probably their grandma's but it somehow looks cool. Seeing them rock up to the club in their flash cars with personalised license plates ('Flavor ' anyone?) also adds to the whole panache of the scene, in that you know they don't just look stylish they live it. 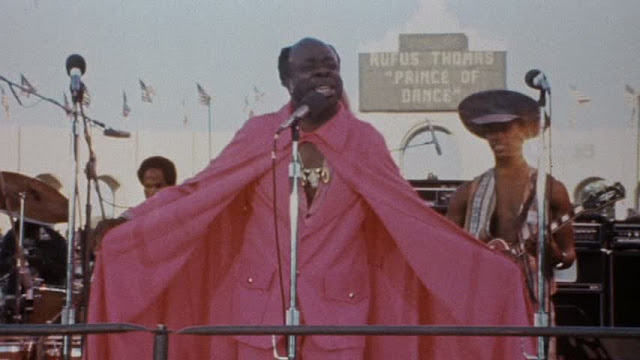 Rufus Thomas works the crowd with humour and style. I could watch that man dance all day long! He's definitely got the groove.

The documentary’s best quality besides the great music and style is the fact that it does not look back or try to unveil some significant kind of discovery. It was merely an observation of the culture and music, in a certain place, at a certain time. For the audience this then results in a purer reflection of the period then what would happen if someone decided to make a documentary on Wattstax now. There is no “I remember this”; it is simply as it was and that’s what makes it great. It also makes it interesting as a viewer in the 21st century to see how many of the problems that were prevalent then are still troubling us now.

So if you haven't seen it, watch it now! and if you have seen it watch it again, cause this film shows that groovy music is timeless!